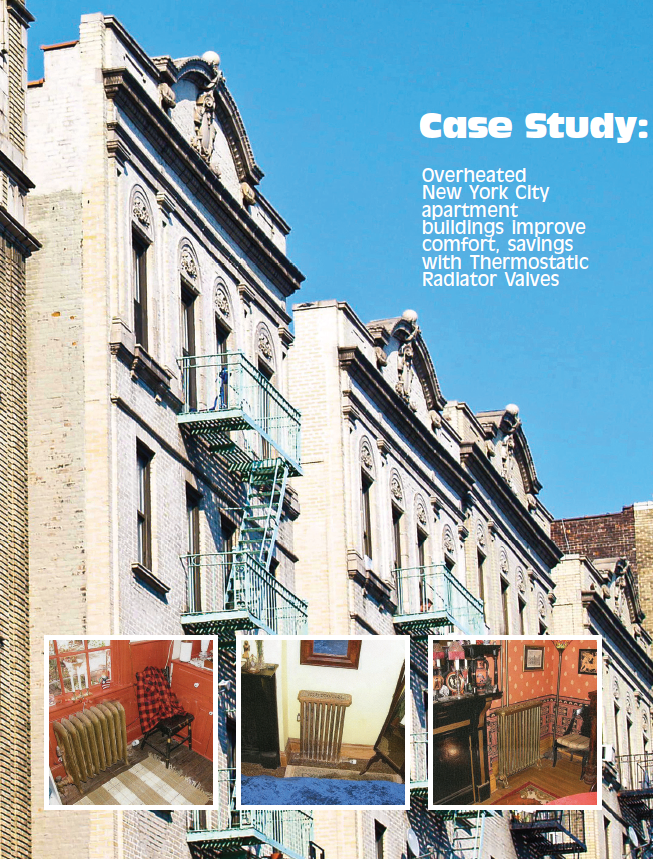 In 2007, the city of New York, at the direction of Mayor Michael Bloomberg, undertook PlaNYC, an effort to prepare the city for one million more residents, strengthen its economy, combat climate change and enhance the quality of life for all New Yorkers. The Plan brought together over 25 city agencies to work toward the vision of a greener, greater New York.
In the four years since the plan was announced, the city has compiled a significant list of accomplishments, among them:
* Enacting the Greener, Greater Buildings Plan the most ambitious set of energy laws of any city in the country, designed to make existing buildings more energy efficient
* Reducing greenhouse gas emissions 13 percent below 2005 levels, according to a study conducted in 2009 only two years after the plan was established.
The full effect of the city’s energy efficiency efforts are expected to reduce annual citywide greenhouse gas emissions by 4.5 metric tons of CO2 by 2030.
Greener, Greater Buildings targets commercial structures in New York City and the 120,000 buildings that account for 1.2 million residential units which burn approximately 1 billion gallons of oil annually. 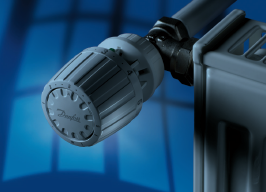 “That’s a substantial amount of fuel being consumed, especially when you consider that most of these apartments are overheated,” said Tom Sahagian, the former director of the Energy Division at Power Concepts, LLC, a power systems consulting firm in TRVs in NYC Results of study show potential annual energy savings of ~$100 million if TRVs are installed in every NYC multifamily building New York City. “To address the problem of too much heat, many residents open their windows, even on the coldest days, and dress in shorts and t-shirts. It’s a scenario that plays itself out over and over throughout the city, because most of these apartments were not supplied with thermostats. Worse still, many buildings are heated by steam systems, which are especially difficult to control. Unfortunately, most people have come to think that overheating is a normal part of living in New York City, and that there is nothing they can do about it. They also don’t realize just how much money is being wasted by overheating.”

According to Sahagian, the best solution to the problem of overheating is individual control of radiators, and as proof, he points to a study he recently conducted with the help of Danfoss. As part of the study, Sahagian identified two apartment buildings on Manhattan’s Upper West Side where residents regularly struggle with the problem of overheating. Building one is a ninestory structure built in 1923 that uses a one-pipe steam system to provide heat to the building’s 36 residential units. Building two was built circa 1928 and includes 92 units on 17 floors that rely on a twopipe steam system for heat. Sahagian’s study called for the installation of Danfoss thermostatic radiator valves (TRVs) on individual radiators in both buildings in exchange for access to data regarding temperature and energy use in the buildings. With approvals under their belt, Sahagian and Danfoss proceeded to install the TRVs at least one in each of the smallest residential units and as many as three in the larger units. “This approach seemed to be the most cost effective for our initial study,” explained Sahagian. “And depending on the results, we knew we could always install additional TRVs if necessary.”
The TRV works by sensing temperature changes in individual rooms the result of “free heat” from sunlight, appliances, occupants, etc. Then, the valve adjusts the flow of hot water or steam through the relevant radiators to the desired levels, controlled by the homeowner, improving temperature control and ensuring comfort while conserving energy. 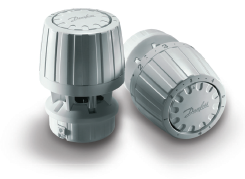 “In effect, the TRVs reduce the size of your radiator,” says Paul Reale, onsite coordinator and resident of the building with the one-pipe s y s t e m . “And that’s a good thing because in so doing, it saves energy. When a room reaches a desired temperature, the radiator no longer continues to draw steam and throw off unwanted heat.”
TRV technology is not new. Danfoss introduced the technology in 1943. Today, hundreds of millions of the valves are used around the world to improve comfort and lower heating costs. So it comes as no surprise that Reale, a teacher of green building techniques, was familiar with TRVs prior to the study. He offered to help provide access to the building when it was required and communicate with the building’s board and co-op shareholders throughout the study.
Reale’s counterpart in the two-pipe building was Richard Leigh, resident and former board member. As the director of research at Urban Green Council, the New York chapter of the United States Green Building Council (USGBC), Leigh, too, was familiar with TRVs and the benefits they offer. “I liked them,” he said. “There are two ways of managing overheating and maldistribution of heat in large buildings. One is to install a smart controller or energy management system with zone controls on the boiler. The other is to install TRVs on individual radiators. Although zone controls can help to even out heating problems, TRVs do a much better job with individualized comfort control, because they sense the exact temperature within an apartment and even the rooms within the apartment. No apartment building can be zoned to that degree.”
The study made use of three TRV models one that combines the dial and sensor for use on baseboard and free-standing radiators, where the thermostatic operator is not obstructed by furnishings that hinder the movement of air across the sensors; one with a valve-mounted dial and remote sensor, and one that includes a combined remote-mounted dial/sensor. These are ideal for radiators within enclosures or cabinets where the temperature sensor must be mounted away from the valve due to enclosure design, piping or convenience considerations. In this case, the remote sensor is placed on the trim molding, beneath the radiator or on a nearby convenient, draft-free wall where the dial can be easily adjusted.
In any case, the valves are easy for a professional to install (in fact, the onepipe valves can be installed by almost any handy person) and can be placed on as many radiators as needed, providing custom temperature control throughout a home or apartment heated by hot water or steam systems. The homeowner sets the desired control temperature by rotating the dial (sensor head) to the setting appropriate to the space, so that hallways, bedrooms, kitchens, living rooms, etc. can all be at a different temperature if that is the homeowner’s preference.

In all, 72 TRVs were installed on 101 radiators in building one, and 197 were installed on 344 radiators in building two. The results were significant. Projected savings indicate an attractive payback of approximately three years for both buildings.
“Savings associated with fuel costs are definitely important, especially when residents share those savings as part of the co-op,” says Sahagian. “But comfort, too, is important, and in those apartments where overheating had been persistent and endemic, the overheating has been reduced and comfort tremendously improved.”
Reale agrees. “Our tenants are definitely more comfortable, and I think we can increase the amount of our fuel savings in the coming year. That’s because we had problems with our boiler’s outdoor reset control system this year, which most likely cut into our potential savings. Having addressed that problem, I anticipate improved boiler performance moving forward. But in the meantime, we’re pleased with the results of the study.”
Leigh also anticipates additional savings this year by making adjustments to boiler operation and settings. “Personally, in my apartment, the overheating is gone something I knew the TRV would accomplish. Overall, I’d say that the success of people becoming substantially more comfortable and saving 9 percent on fuel is all good. Remember, this is a co-op, and our maintenance fee covers the oil bill, so it’s not the building saving money, it’s all of us who make up the co-op membership.”

According to Sahagian’s rough estimate, the results of the study indicate that if every multifamily building in New York City installed TRVs, the total energy cost savings could amount to approximately $100 million annually. And the three-year return on investment compares favorably to a number of other energy-saving measures. In a recent energy audit of another building, Sahagian’s firm calculated the following paybacks: roof insulation, 12.7 years; weather stripping, 8.4 years; common area lighting, 2.9 years; ENERGY STAR® washers, 10.3 years; water efficient aerators and showerheads, 3.2 years; insulation of uninsulated surfaces, 2.4 years; replacement of old refrigerators, 13.6 years; and replacement of inunit lights, 2.5 years.
Furthermore, the payback of window and door replacement a common action taken by owners of multi-family buildings is typically 15-20 years. Although beneficial, this measure tends to produce an even “tighter” building, which, in the case of an overheated building, results in more open windows than before the replacements were installed.
“The bottom line is, we’re saving energy, and doing it in a cost-effective way,” says Sahagian. “And in both buildings, I think we have the potential to save even more. In the meantime, the tenants are
far more comfortable.”