The Point of No Pressure Change

There was a man named Gil Carlson who worked at Bell & Gossett. He eventually became known as the “Father of Modern Hydronics.” He invented products and developed various theories and applications that today we consider standard procedures. His most important discovery was the “Point of No Pressure Change.” This subject deals with the importance of proper pump location in a closed hydronic system. 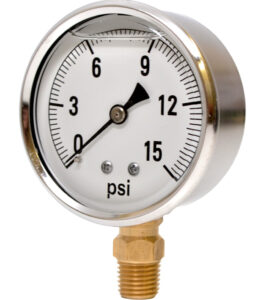 A gauge would register one pound per inch if you placed it at the bottom of a column of water 28 inches high. 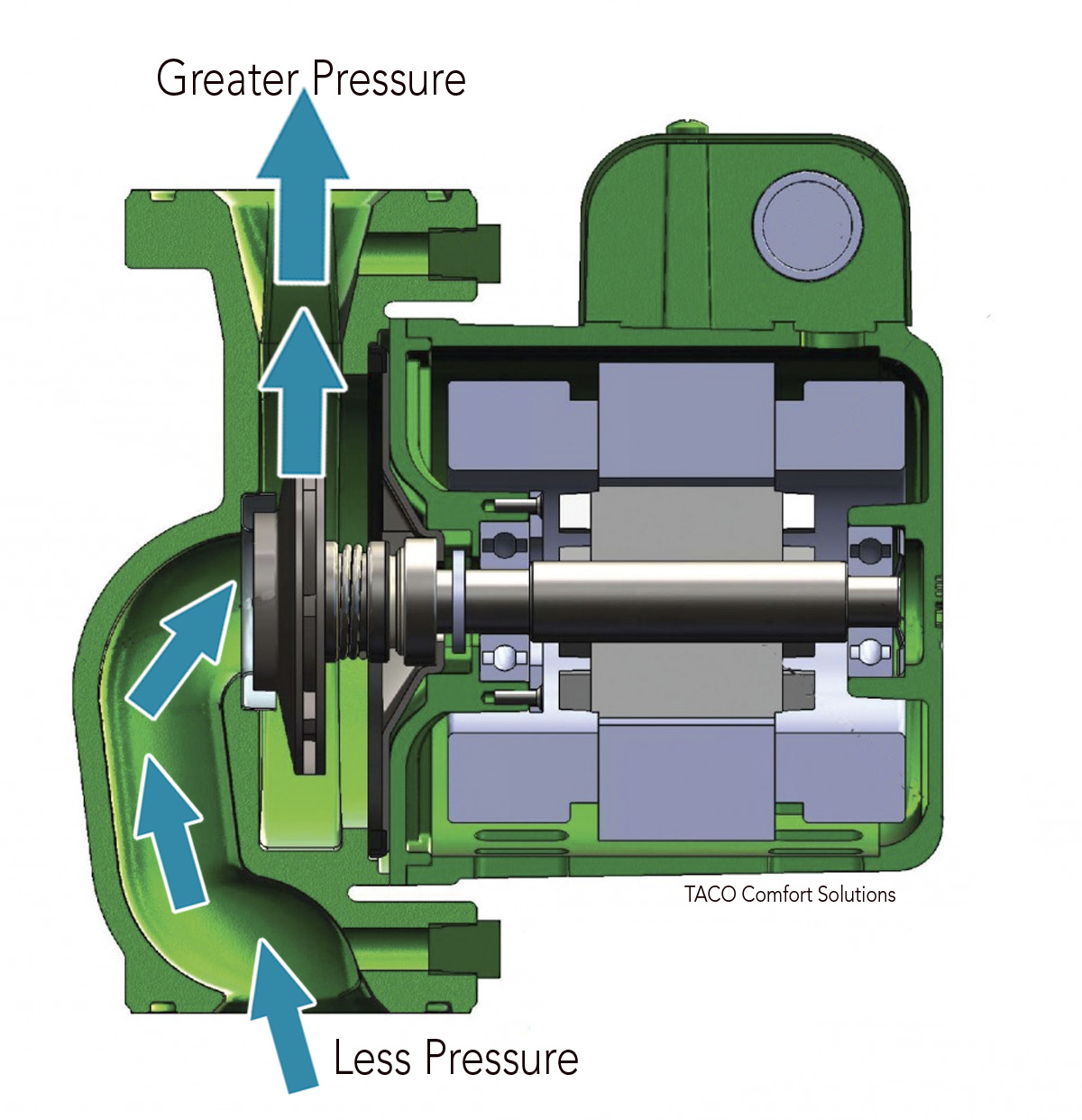 The direction water flows is determined by the higher pressure
found on the discharge side of the circulator.

Air that is entrained in water, when exposed to a lower pressure, will come out of solution in the form of bubbles. This can cause gurgling noises, a reduction in heat transfer efficiency and quite possibly air-binding of radiation, requiring a service call to purge the air. If the circulator’s pressure differential is high, it can drop the system’s pressure on the top floor into a vacuum. Of course, any floats exposed to vacuum will draw air into the system. How big does that circulator need to be to cause this situation? It depends on each individual job, but typically, the type of circulators found in most commercial jobs, such as apartment buildings, office buildings and churches. Any commercial accounts could have one of these circulators.
Point of NO Pressure Change
Why can’t the circulator change the system’s pressure at the point where the expansion tank connects to the system? This is a question asked often, both in the field and at our hydronic seminars. Boyle’s Law says that if you have a gas (air) trapped in a tank (expansion tank), its volume will shrink if you add pressure to it. Likewise, its volume will expand if the pressure is lowered. In other words, if you squeeze a gas, its pressure will rise and conversely, if you let the gas expand, its pressure will drop. How does all of this relate to hydronic systems?
To change the pressure in the expansion tank (diaphragm or steel), you have to squeeze the air that is in there. When the boiler heats the water in the system, the water expands, compressing the air in the expansion tank. This causes an increase in the system’s pressure, which you can see on the gauge of the boiler. When you open the fill valve to add more water to the system, the additional water enters into the expansion tank because the piping is already filled with water, compressing the air, causing a rise in system pressure that is indicated on the boiler’s gauge.
When a circulator turns on, does it heat the water? Does it add more water to the system? Or does it just circulate the water? Can you see the difference? If there is no change in volume or temperature of the water, there can’t be a change in its pressure. 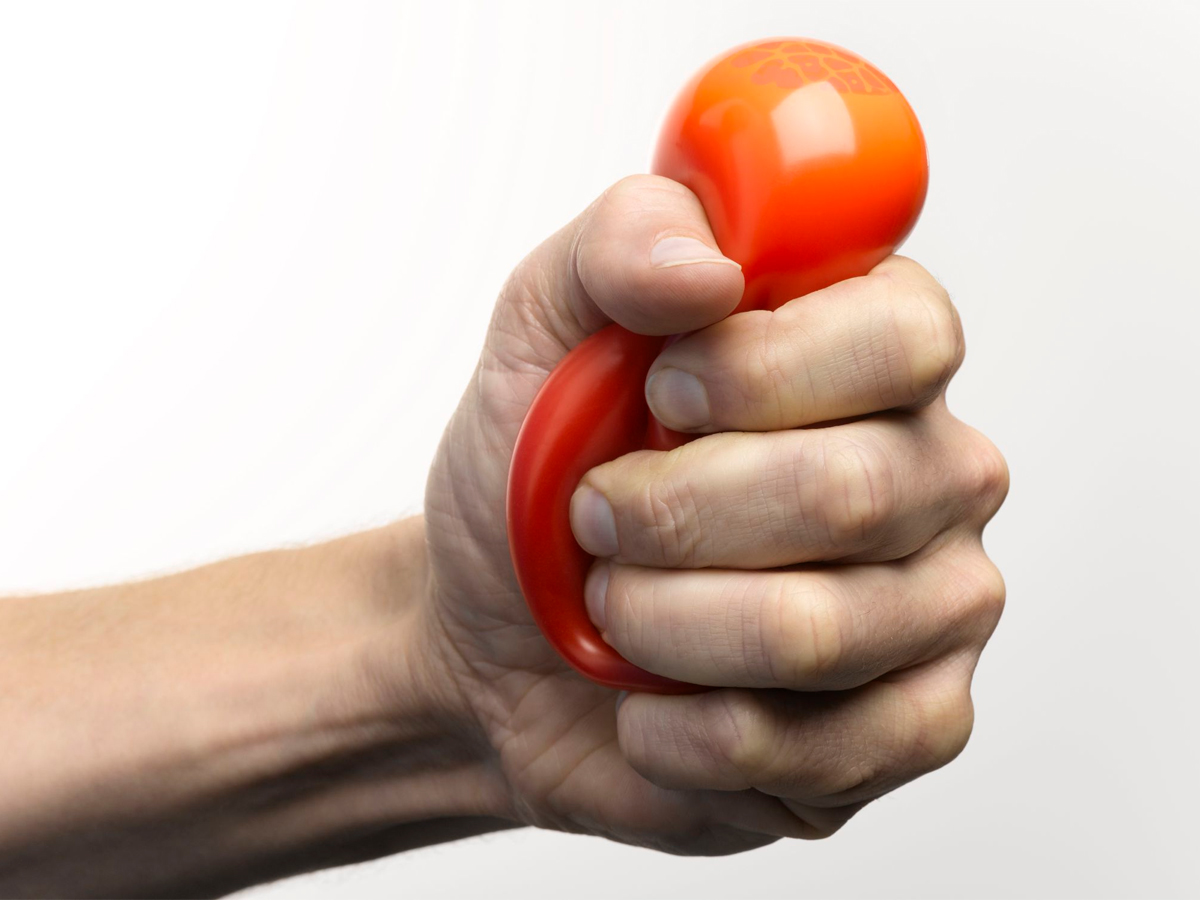 If the circulator is pumping away from the expansion tank, can it take water out of the tank? If you think yes, where would you put it? The piping is already filled and you can’t compress water. If the circulator is pumping towards the expansion tank, can it put water into the tank? Air is compressible, so water can enter the tank. However, where would the water come from? If you think it can come from the piping circuit, then that means there would be a void in the piping circuit. Mother Nature hates a vacuum (void)!
No, when a circulator comes on, it can neither add nor remove water from the expansion tank. If it can’t change the volume of the water in the tank, it can’t change the volume of the air (gas) in the tank. This means it can’t change the pressure in the tank or the piping connecting the tank to the system.
Every time a circulator turns on, it “looks” for this point. Depending upon whether it’s pumping away or towards the expansion tank, it either increases its discharge pressure or drops its suction pressure. This is why since the 1960s, when Gil Carlson wrote his famous paper on the “Point of No Pressure Change,” circulators should be located on the supply “pumping away” from the expansion tank. ICM
If you have any questions or comments, e-mail me at [email protected] or call me at FIA 1-800-423-7187 or follow me on Twitter at @Ask_Gcarey.