The Fight for the Future

The liquid heating fuels industry is facing an unprecedented threat in the form of wholesale electrification. As the Federal government, State houses and even municipalities around the northeast look for ways to “electrify everything,” our industry must mount a powerful defense. Electrification advocates—be they environmental groups, pro-electric politicians or other “concerned citizens”—are not interested in protecting the industry and will not do so unless they are forced to.

To give the industry its best chance of success, the National Energy & Fuels Institute (NEFI), in partnership with nine associations across the Northeast, commissioned Warm Thoughts Communications to develop a robust voter research study to uncover attitudes and perceptions about energy issues and electrification. The result was an eight-state study comprised of 3,600 respondents across every New England State, New York and Pennsylvania (the Fuel Merchants Association of New Jersey conducted its own voter polling in 2021) that gives us clarity about what we’re up against and whether we can move the needle.

The Good, the Bad & the Opportunity
At first glance, voter sentiment about energy and electrification paints a pretty depressing picture for our industry.

*Nearly 80% of voters across the region identify climate change as a serious threat. This included a majority of Republican voters.
*Heating oil favorability is underwater, meaning that there are more voters who view heating oil negatively than positively. It’s the only home heating source that is underwater across the region.
*66% of voters support State plans to electrify, compared with only 23% who oppose these plans.

Voters see climate change as a serious threat, they like electrification and they don’t feel positively about heating oil.

However, when we dig deeper, the data begins to tell a different story:

*A minority of voters support increases via taxes or increased electric rates to make subsidies available. Additionally, supporters will not tolerate significant costs; in fact, the vast majority of voters who support cost increases to achieve electrification would only do so if it cost them less than $500 per year.
*Bioheat® fuel has strong support, with favorability levels that are 20 points higher than regular heating oil.

Once the downsides of electrification are introduced to voters, support drops significantly. Support falls by more than 20 points to a minority position and opposition increases by the same 20 points. In some States, there is a 50+ point swing in favor of liquid heating fuels.

Voters identified cost concerns as the issue that gave them the most pause about supporting electrification. The upfront cost to electrify, the impact on low-income families and likely electric rate increases all resonated and contributed to the big shift from support to opposition.

Additionally, voters identified the inefficacy of electric heat pumps during cold weather and the fragility of the electric grid as other areas of concern. 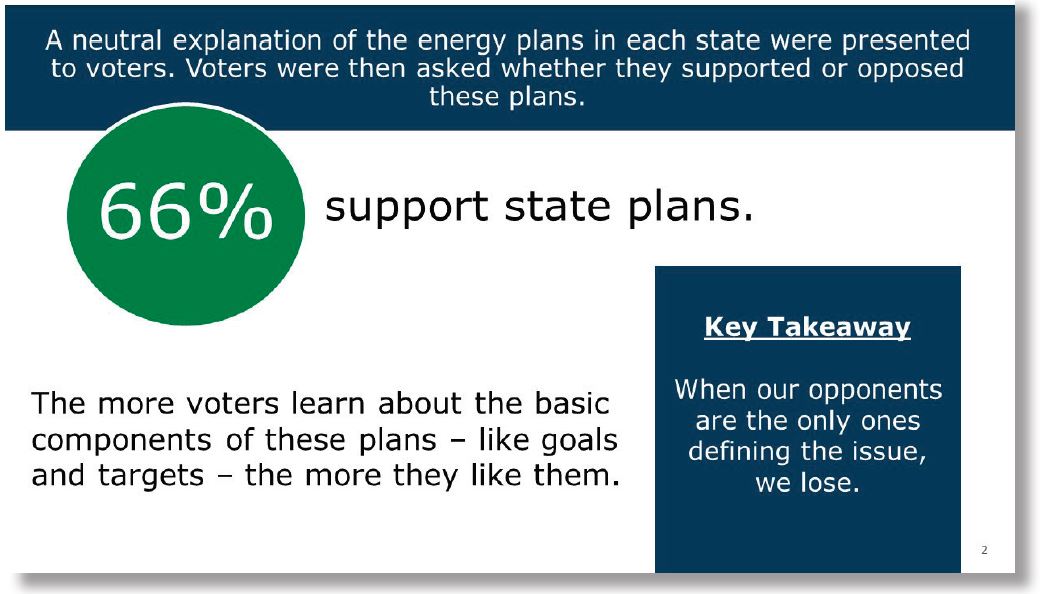 The Most Important Takeaway
Initial support for electrification is very strong (66% support/23% oppose). However, once voters understand the downsides of electrification, support drops and opposition increases significantly. Voter opinion can be moved, but only if voters are educated and we are able to raise awareness about the pitfalls of electrification. Otherwise, electrification advocates will continue to believe they are executing the will of the voters.

Going All-In to Engage the Public
The findings from the research give us a roadmap for ensuring a future for liquid heating fuels. We will need to improve how heating oil is perceived, elevate awareness about Bioheat® fuel and increase understanding among the general population, as well as the political class, that we deserve a seat at the table. However, first we need to slow down the political freight train that is electrification. The only way that happens is if we do a good job of alerting the public—and then activating them to push back—about the real downsides of the planned electrification of our economy.

Consumers have mostly been sold a bill of goods, but right now they see electrification as a good thing. Benefits have been overblown, issues with electric technologies downplayed, adoption costs completely underreported and alternatives ignored if they include combustion.

This isn’t a battle that NORA or Clean Fuels Alliance America can wage, although their funding is what has allowed for powerful pro-oil and pro-Bioheat® fuel content, tools and strategies to be available to dealers and associations. The only way to succeed is for industry leaders—dealers, manufacturers, suppliers, supporting companies—to be “all-in” on the fight for the future. This includes:

*Providing the funding to execute the necessary political, legislative and consumer outreach strategies that have proven so effective
*Engaging their own employees and customer bases to stand up, push back and protect their jobs and their wallets
*Participating in lobbying efforts at the local, State and regional levels

Perhaps the greatest source of optimism the industry can derive is, that unlike previous battles, this time around we know all of the answers to all of the most important questions. We know who we are fighting, we know how to fight, and thanks to the leadership shown by dealers and association leaders in a number of States, we know what a successful playbook looks like. The only question left to answer is, “How big will our war chest be?” New Jersey went to battle with $1,200,000. New York is fighting with $725,000 and counting. Connecticut has raised a few hundred thousand dollars for its fight.

The moral of this story is that not only can we successfully engage the public to help us fight this battle, we absolutely must. We can hope that, eventually, the downsides of electrification will become apparent and cooler political heads will prevail, but a huge amount of damage will already have been done to the industry before that happens. If we are not all-in, we will surely be left out. ICM 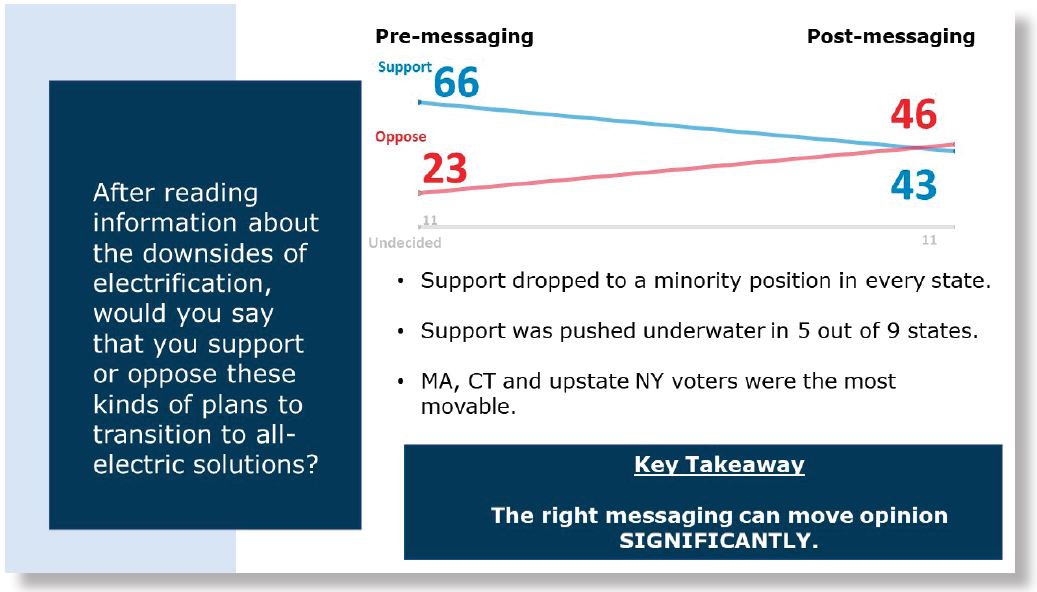