That Other Liquid Fuel 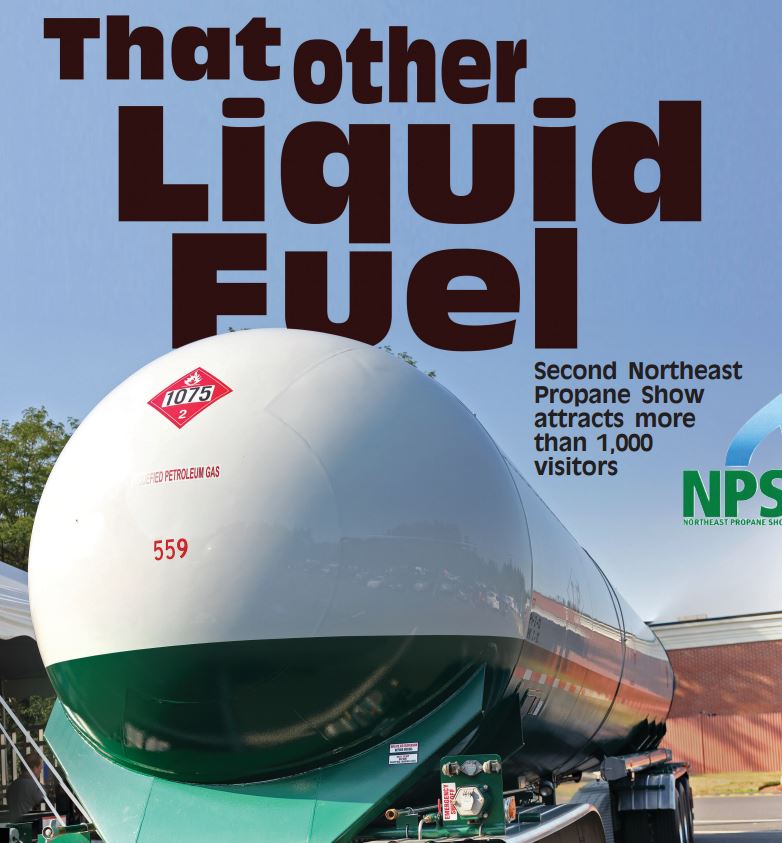 Propane is, to be more accurate, just one of the other liquid fuels today’s energy provider delivers (let’s not forget Bioheat®) but it is certainly a significant one for today’s oilheat dealer and HVAC contractor. As more and more traditional companies distinguish themselves as Energy Providers, it allows them to meet the expectations of an increasingly savvy consumer, one who will expect to purchase whatever fuel he wishes to heat his home, and to have the equipment serviced as well. At least half of this country’s oil heat marketers are now selling and servicing propane, and while it is essentially the same business model as oil heat i.e., delivering liquid fuel to a customer’s tank, in actual practice it is a notably different animal, one which must be treated with the utmost care and respect.
This year marks the 100th anniversary of propane as a commercial entity, and the Propane Gas Association of New England (PGANE) celebrated that milestone during its second Northeast Propane show, held last month in Boxborough, MA. From all indications, the show, which included a number of educational seminars, was a success. Propane is a growing field. And even though, in general, the prevailing economic climate has not been kind to trade shows, this show held its own in attendance compared to the first show in 2010: PGANE President and CEO, Joe Rose, said this year’s 1071 total attendees, including the exhibitors, compared favorably with the 1079 visitors in 2010, and exhibitor companies were up, 129 this year compared to 116 for the first show.
Not quite like oil heat…

Live fire demonstrations are de rigueur for the oil heat industry, but for the propane crowd, safe handling and leak mitigation are principal concerns. As mentioned above, there are some obvious differences between the two fuels. Handling and transporting propane also requires different techniques and equipment. This versatile fuel, which can be used for heating, cooling, cooking and transportation, as well as for small engine applications (think lift trucks, lawn mowers and the like) does demand respect, but accidents do happen. With that in mind, PGANE arranged for safety demonstrations throughout the day in the outdoor tented area.
Meanwhile, nearly 20 seminars, many of which offered continuing education credits (some are required in Massachusetts for license renewal), covered the gamut from propane powered air conditioning to tank testing, building demand, sizing and installation, combustion analysis, home generators, controls, new developments and code training. Punctuating those seminars was a mock trial conducted by the Propane Gas Defense Association.
The outdoor displays included not only tank trucks and tanker trailers, but other equipment specially designed to handle the more robust and heavier propane tanks. This included many crane-mounted vehicles, as well as transport trailers, and tank-moving tractors and lift trucks. Also in the outdoor exhibits were a few service vans for HVAC technicians and even a cutaway propane truck to show the inner workings of the tank.
At the indoor trade show, which occupied two halls, exhibitors provided a glimpse of a familiar array of products and services, including furnaces, boilers, air conditioners and other fuel burning equipment, although there were more wall mounted units than are typically found at an oilheat show.
In addition, one found the usual business services (software, financial, insurance), and a number of exhibitors who made or supplied wares unique to propane, including cylinders for storage and transport, truck stabilization systems, hoses, gas regulators and valves. Some exhibitors offered courses and training sessions for technicians.
Bottom line: if you’ve been to an oilheat show, you will feel at home—sort of—at this regional show. And if you handle this other liquid product at all, it might be a good idea to get to know PGANE (www.pgane.org) or the national associations such as The National Propane Gas Association (NPGA.com) and the Propane Education & Research Council, or PERC (propanecouncil.org). PERC does for its members what NORA does for oilheat.
The next show is tentatively scheduled for August 6 and 7, 2014, again in New England. 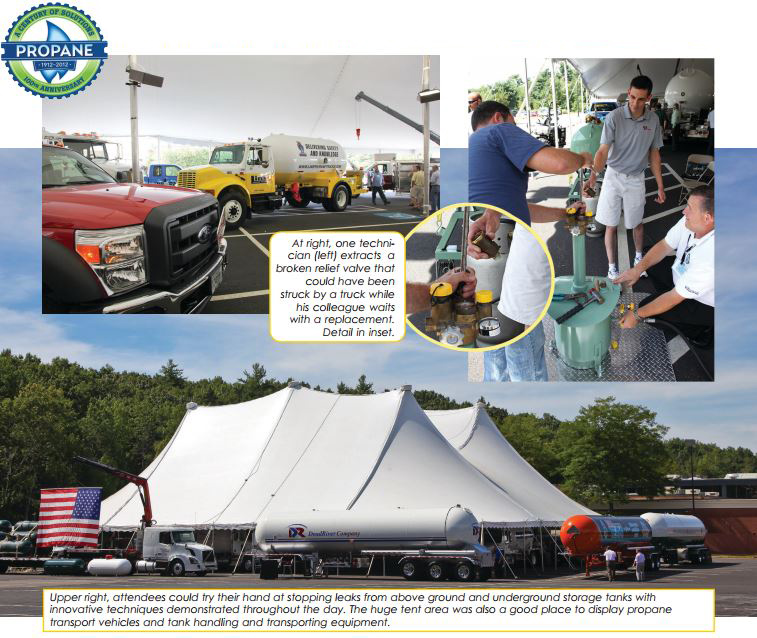