Aside from harvest and Halloween, October is best known for Major League Baseball and World Series heroics. An even more anticipated event took place this October as supply-chain executives, hosted by the National Biodiesel Board (NBB), came to Boston, MA. The event discussed the challenges and opportunities associated with the creation of a ratable, efficient and competitive biodiesel supply chain designed to ensure New England and Mid-Atlantic Bioheat® fuel dealers reach the goals established within the 2019 Providence Resolution.

This resolution demands increased biodiesel content be blended into generic heating oil through 2050. Domestic biodiesel producers in attendance shared their business acumen, addressing the manufacture of sustainable, homegrown renewable fuels, while learning about “how things work” here on the ground, behind the terminal gates. The event provided both groups—fuel dealers and biodiesel refiners—the opportunity to share and learn about one another with the endgame being growth for both sectors.

Throughout the day, the basis of their discussions centered on how to strategically transport, store, blend and make available approximately 800 million gallons of biodiesel a year (mgy) throughout the Northeast and Mid-Atlantic as the 2023 deadline for Phase 1 of the resolution approaches. For those unfamiliar with the Providence Resolution, the targeted biodiesel concentrations in home heating oil and timeline by which these targets should be met are B20 by 2023, B50 by 2030 and net zero (B100) by 2050.

With the knowledge of expected demand in mind, it’s important to determine where all the biodiesel will come from. Capacities and projections shared below are based on volumes tracked by the U.S. Energy Information Administration (EIA) and reported on its website, www.eia.gov.

Currently there are approximately 75 domestic biodiesel plants strategically located throughout the nation. As reported by EIA:

As good as this sounds, biodiesel production capacity in our “local” PADD I region is in short supply because the region requires 800 mgy to hit the B20 targets in the Providence Resolution by 2023 and is only capable of producing 150–170 mgy. Where could that shortfall be made up?

Imports are a natural, obvious answer, but the domestic biodiesel suppliers in attendance of the October Boston meeting made it clear they would like to be a strategic supply partner to close the gap for regional wholesale terminal operators. For that to become reality, producers will have to work to improve their supply-chain costs to be considered long-term providers of this much-needed volume.

West Coast LCFS programs
Assessing the bigger supply picture, we see that U.S. demand of both biodiesel and hydrotreated renewable diesel exceeded three billion gallons a year in 2020– 2021. Meanwhile, 4.5 billion gallons of additional annual production capacity of renewable diesel through expansions, new builds and petroleum-refinery conversions have been announced and are in the works. The Northeast should reserve celebration, however, because this new production is being minted for the West Coast to satisfy low carbon fuel standard (LCFS) programs in place in California, Oregon and Washington State.

When the term Bioheat® fuel was knocked around nearly a decade ago, there was no concern of a formidable LCFS program to strain supply in other regions. Today, there is. Policy and innovation have driven increased production of cleaner biomass-based diesel from a more diverse range of raw materials—all good for the future of low-carbon liquids in general. It’s exciting to have so many benefits to finally share with our liquid-fuel customers. Benefits that originate with Bioheat® fuel are obvious, and they can be summed up with three simple words: better, cleaner and safer. 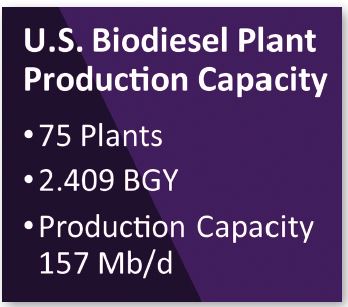 For those seeking an expanded storyline, Bioheat® fuel:

These are all great points that pique interest and promote discussions to accommodate increased availability of biodiesel throughout the regional supply chain. The conversation was not a difficult one to have. Those in attendance agreed that the competition for low-carbon biodiesel will not be fossil fuel or even renewable diesel, but rather electrification. Electrification is an energy source being irresponsibly fast-tracked by legislators unwilling to acknowledge the adverse impact their recommendations will have on the grid and the consumer, who will be forced into a fuel that requires huge capital investments and will likely come up short when performance counts.

Also, let’s not forget the challenges of going from being served by a family Bioheat® fuel dealer to a utility. Instead of human interaction and attentive customer service, get used to hearing: Please hold.

With Connecticut, Rhode Island, New York and Massachusetts all now enjoying policy incentives centered on biodiesel, and more leading fuel dealers adopting the transition to B20, it has become obvious that more focus is needed to identify and secure ratable, competitive supply while downstream wholesalers continue to prepare their assets for receipt, storage, blending and distribution to the dealer.

The benefit of the nation’s liquid home heating epicenter being situated near the water and major ports was also addressed during the summit. Regional wholesalers, who recognize that, much like heating oil, seaborne shipments of biodiesel are clearly more convenient and economical when weighed against rail or even pipeline movements, explained why imports would be relied upon to get the job done.

This was not a surprise to domestic biodiesel producers, who understand they will have to be more creative if they are to play any appreciable, long-term role in Bioheat® supply to the Northeast. This meeting was also a time for the U.S. biodiesel industry to reiterate it is not anti-imports, but rather the domestic sector stands strongly against trade practices that give foreign supply unfair advantages.

Feedstocks: staying neutral
Another misconception addressed at the gathering in Boston was that, contrary to some beliefs, the NBB is not all about soy. Of course, soybean oil is a feedstock that remains the primary source of U.S. biodiesel production, but the organization is feedstock neutral—and it needs to be. No single feedstock can be relied upon to establish a legitimate industry long-term.

According to EIA data, 54% of all biodiesel introduced into the U.S. market in 2020 was manufactured from soybean oil, 14% from distillers corn oil, 13% from used cooking oil, 12% from animal fats and 7% from canola. This exemplifies how the industry, and the trade association that represents it, are feedstock neutral. In order to meet the volume requirements necessary to replace all petroleum-derived fuel oil with bio-based liquid alternatives for the entire heating oil sector— the 2050 end-goal of the Providence Resolution—it will take all of these feedstocks, and others not on the radar today.

All in all, the event proved quite successful and valuable between the groups’ leadership. Of course, any post-event communication among those in attendance now remains confidential between those planning to play an instrumental role in ensuring future supply. 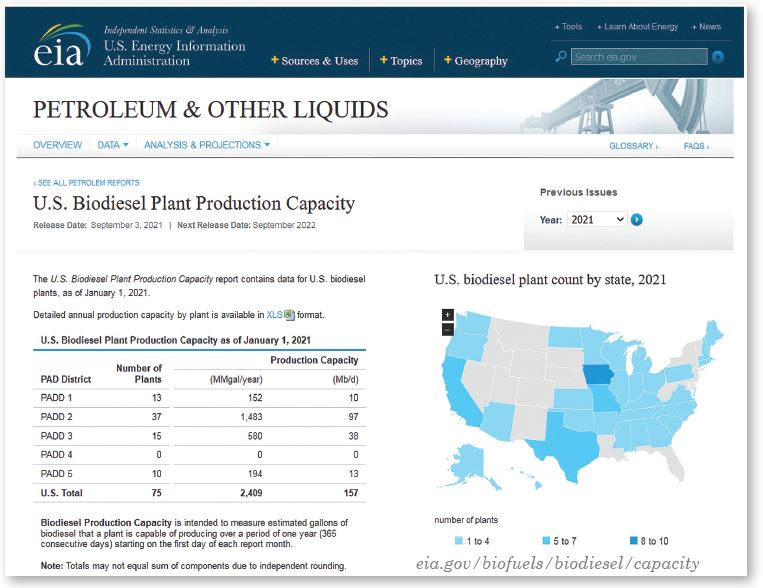 It is clear, however, that the East Coast will be comfortably supplied by both domestic and imported sources, the feedstocks will be varied, the specification consistent with ASTM D6751 parameters and the physical handling of the products on the ground in the Northeast and Mid- Atlantic will be managed as all liquids have been for decades—with the highest level of attention and professionalism to ensure the longevity of liquid fuels prevails. ICM