As the Northeastern states aggressively move to reduce GHG emissions, Vermont is offering financial incentives through a credit program. ICM spoke with the Vermont Fuel Dealers Association Executive Director, Matt Cota, about the genesis of the program and what it might mean to liquid fuel retailers in the State. 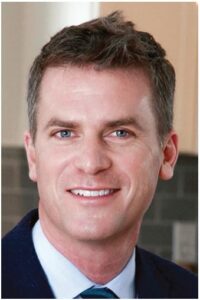 ICM: Vermont is one of the most aggressive states in the Northeast when it comes to reducing carbon emissions. Electric utilities are now required to purchase 59% of their power from renewable sources and 75% within the next 10 years. How are liquid heating fuels impacted by Vermont’s renewable energy mandates?

COTA: Vermont’s energy policy to eliminate the use of petroleum started in 2011 with the passage of the Comprehensive Energy Plan. A decade later, we are still selling about the same amount of heating oil, gasoline, propane and diesel fuel. The failure of this energy policy is what led to the 2020 Global Warming Solutions Act, which replaced the goal of eliminating fossil fuel with a mandate to substantially reduce greenhouse gas emissions (26% below 2005 levels by 2025, 40% below 1990 levels by 2030 and 80% below 1990 levels by 2050).

Over the past year, the Vermont Climate Council created a Climate Action Plan that recommends more than 200 actions be taken in order to meet these mandates.

When it comes to transportation, the plan is to first tax and then eliminate the sales of new cars with combustion engine that use gasoline by 2035. The Action Plan calls for a “Fee-Bate” wherein combustion engine are charged a higher registration fee that will be used to provide incentives for electric vehicles (EV). In addition, there is money available from the Federal government through the American Recovery Act that will help pay for electric car chargers and additional EV incentives.

When it comes to heating, most policymakers, regulators and lawmakers recognize that we will need more than just electricity in order to meet Vermont’s greenhouse gas emission reduction mandates. We will need biomass and renewable liquid fuels, which is significant.

Over the past decade, the Vermont Fuel Dealer Association (VFDA) has emphasized that we have a drop-in fuel that can reduce greenhouse gas emissions in Vermont and the Climate Action Plan has finally recognized this.

For the first time in Vermont, environmental advocates and regulators understand that the existing infrastructure—tanks, trucks, boilers, furnaces, burners—can be used to reduce carbon emissions by changing the fuel rather than the equipment.

ICM: What is the regulatory tool to get more heating oil retailers to sell renewable liquid tools?

COTA: It is called the Vermont Clean Heat Standard (CHS). Over the next 18 months, this concept will be debated by the legislature and then go through a long regulatory process.

Rather than a biofuel mandate that dictates blend levels, the CHS provides revenue to oilheat retailers that choose to sell biofuels.

Selling renewable liquid heating fuel to Vermont consumers will generate a credit under the CHS that must be purchased by wholesale suppliers of oilheat, propane and natural gas. A wholesaler would be able to lower its obligation by selling higher blends of renewable liquid fuel into the Vermont market. The program design is similar to a low carbon fuel standard for motor fuels that we’ve seen in other regions.

ICM: So, the renewable liquid fuel has to be delivered in Vermont?

COTA: Exactly. It is not a situation where a wholesaler could purchase solar panels in California or a wood pellet factory in North Carolina to meet their obligation. Credits can only be obtained by those that can demonstrate a reduction in emissions within the boundaries of Vermont. It could include any company whose product or service reduces thermal carbon emissions in Vermont.

How much credit each product or service is worth has yet to be determined. The credits have value because of the obligation of fossil fuel wholesalers to obtain them.

ICM: Sounds like a good opportunity for retail energy providers.

COTA: It does provide an opportunity for those heating fuel and service providers that are ready, willing and able to sell renewable liquid heating fuels. Those that don’t sell biofuels will be able to continue sell oilheat and propane, but they won’t have any credits and won’t benefit from that revenue stream.

ICM: How might this affect the price of the fuels?

COTA: If a wholesaler is required to pay a fee to when selling natural gas, propane, heating oil or kerosene in Vermont, the cost paid by the consumer will also go up. This isn’t great, but it is better than the alternative, which is a ban on oil and gas-fired heating equipment. It also provides a new revenue stream for those selling a low carbon fuel and providing efficiency services.

ICM: This is quite a turnaround for Vermont, how did you pull this off?

COTA: The Vermont Climate Council gathered virtually over the past year, working with consultants on a strategy to meet the mandates in the Global Warming Solutions Act.

VFDA members were consistent in the approach, advocating for a nonelectric pathway. We presented testimony that demonstrated biodiesel blended heating oil can help reduce greenhouse gas emissions and keep these historical heating fuel heating service companies in business. We also made a compelling argument that since we are a drop-in fuel, we can reduce emissions immediately and at a lower cost. 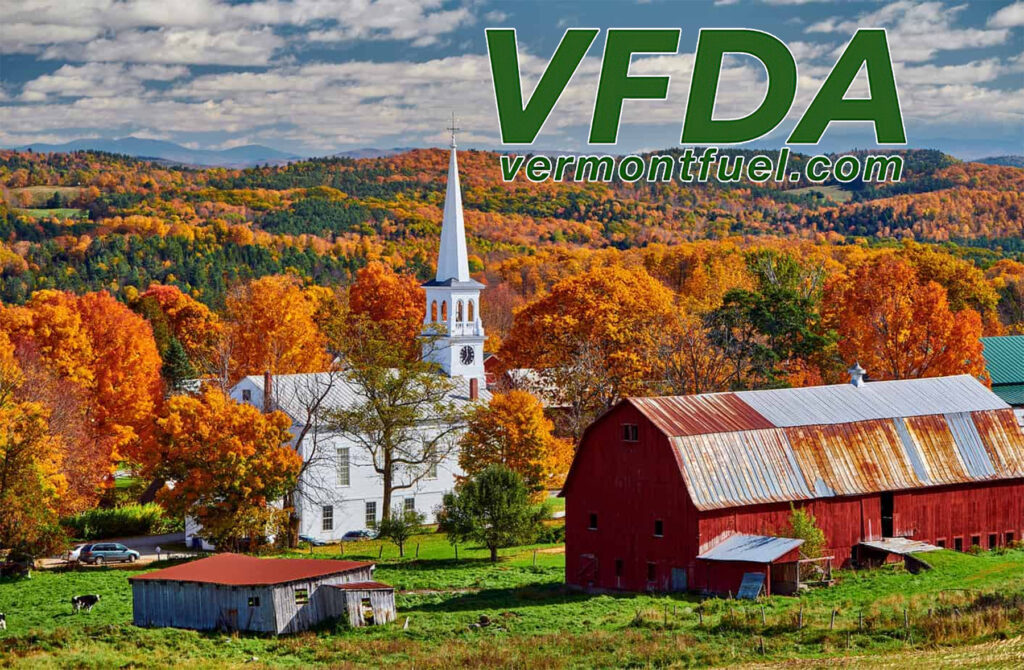 ICM: When does the Clean Heat Standard need to be enacted?

COTA: Many items in the Climate Action Plan will happen by the end of 2022. However, some of these proposals, including the Clean Heat Standard, must be approved by the legislature and then go through a regulatory process before the Vermont Public Utility Commission. This could take two years.

ICM: How will the credit market be operated? Who is collecting the money and who is paying on the credits?

COTA: There will be a role for some nonprofits to play that will determine that value of credits, approve payments, and collect funds from wholesalers. The rulemaking procedure will determine how this process works.

ICM: Like many States, Vermont was all-go, all-electric. However, Connecticut just passed a biofuel for heating mandate, New York just expanded theirs to the entire State, and Rhode Island also has a mandate. Massachusetts has the Alternative Fuel Standard offering credits for biofuels. How did your group tip the scales in Vermont from being an anti-oilheat state to suddenly offering incentives to deliver renewable liquid fuels?

COTA: Many factors are involved. National Energy & Fuels Institute’s (NEFI) NetZero Resolution absolutely helped with messaging. The commitment by heating equipment manufacturers to sell burners that are compatible with B20 and beyond is critical, as is the lab work by the National Oilheat Research Alliance (NORA) on both renewable liquid fuel and the equipment it runs on. The expertise and advocacy of the National Biodiesel Board (NBB) is incredibly influential.

There is also wider acknowledgement of the existential threat facing those that sell heating fuel or heating equipment. Understanding that this market is changing and consumer sentiment is changing, we could be regulated out of business if we fail to adapt. The Clean Heat Standard may be the last chance for traditional oilheat companies in this new political environment. We also provide the most plausible pathway to reduce carbon emissions in order to meet the State mandate.

ICM: It seems like there is a little bit of a crack in the in the all-electric or nothing movement. Now there seems to be room for renewable liquid fuels. Are you seeing that in the larger picture?

The fuel industry doesn’t have the same constraints. We have the tanks, trucks, equipment and people to deliver a product to keep millions of people warm.

ICM: In making the case with the public policy people in your State, did the cost of heat pump conversions come into play? In Vermont, where you have almost all boilers and little air conditioning, whole-house heat pump conversion could be $20,000–$30,000, which is difficult enough for most homeowners but would disproportionately hit lower income people in your State. Is that accurate?

COTA: Most of the modeling underestimates the cost of the installation and the number of splits needed to cover the entire thermal load. In the vast majority of installations in Vermont, electric heat pumps are used for heating and cooling a room and are not a whole-house conversion technology.

ICM: You mentioned the last time we spoke that Vermont was considering incentives for low income Vermonters to purchase biofuels. What’s happened with that proposal?

COTA: With the passage of the American Rescue Plan Act of 2021, there is money available for Vermont to help low-income homeowners reduce their energy burden and lower carbon emissions. We are working with the Vermont Clean Energy Development Fund to use some of that money to incentivize the purchase of biodiesel in place of heating oil.

While we advocated for biodiesel blends, the Vermont Clean Energy Development Fund Board approved a plan to subsidize only B-100. While it is not operational yet, we are still working with staff on how to implement this program.

ICM: It seems the philosophy of accepting these low-carbon liquid fuels in many States is an important move forward and something we weren’t seeing a year or two ago. Is there room to be optimistic?

COTA: Absolutely. While we fight the effort to eliminate the fuels we currently sell, we also need to provide a pathway to deliver a lower carbon liquid fuel in the future. I am optimistic that we can get both done. ICM