Article courtesy: ManchesterInkLink
MANCHESTER, NH – The owner of ABSCO Heating had two vehicles stolen over the past few days, including an oil tanker with over 2,000 gallons of heating oil. The owner contacted Manchester Police earlier Feb. 28 after the 2012 International Tanker truck was located in the parking lot of 777 South Willow Street.
Manchester Police met the owner of the oil truck and spoke with her about the stolen vehicle. The owner did not observe damage to the vehicle, but she did state a few hand tools, which were located inside of the cab, were missing. The 2,000-gallons of heating oil appeared to be untouched. The oil tanker was released to the owner on scene once the officers finished processing the vehicle. 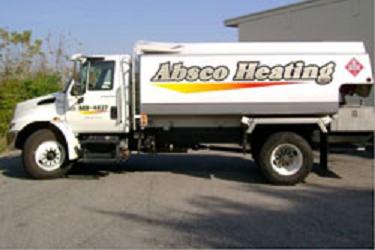 The owner also advised officers that the ABSCO 2005 Ford Econoline Van was located earlier this morning inside the parking lot of 87 Elm St. The van was originally reported stolen on February 25, 2019 after the owner noticed the van was missing from the Elm Street location.
The investigation is ongoing, so there is no additional information at this time.
If you have information regarding the stolen vehicles, please contact Manchester Police Department’s Auto Theft Investigator John McInerney at 603-792-5444 and reference MPD CASE # 19-002806 and MPD CASE # 19-002717.
Please leave your anonymous crime tip with Manchester Crimeline, 603-624-4040. You may be eligible for a cash reward should your crime tip leads to the identification and successful prosecution of a suspect(s).