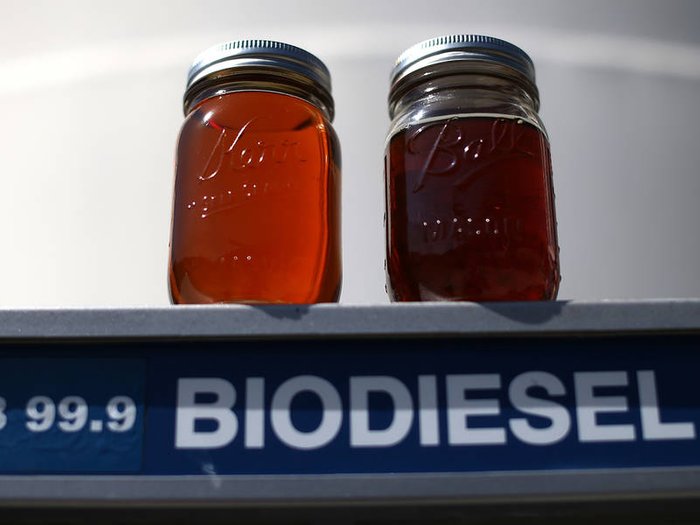 Representative Deborah Ruggiero (D-Dist. 74, Jamestown, Middletown) introduced the bill, which would raise the required amount of biodiesel in heating oil over a six year period. The state already requires that heating oil contain five percent biodiesel.
Biodiesel is a product created from more environmentally-friendly sources than traditional oil, such as used cooking oil and soy byproducts. The Oil Heat Institue of Rhode Island reported that in 2017 alone 12 million gallons of biodiesel were kept out of Rhode Island landfills. The requirement was put into place from 2014 to 2017 through legislation cosponsored by Ruggiero.
If passed, the new law would increase the percentage from five percent to 20. Starting in 2021, the percent would be raised to seven, then 10 percent in 2023, 15 percent in 2025, and 20 percent in 2027. If there is not a readily-available, reasonably-priced source of biodiesel, the requirement would be temporarily suspended.
“Biodiesel has been integrated into Rhode Island’s heating oil supply seamlessly beginning in 2014, decreasing our state’s carbon footprint while also diverting waste that would be headed to the limited space left in our landfill,” Ruggiero said. “Biodiesel burns cleaner and more efficiently, and it actually extends the life of heating systems. It has been a win-win-win for Rhode Island, and we should multiply the benefits by shifting more of our supply toward biodiesel.”
ewport Biodiesel, the only manufacturing plant in Rhode Island, collects used cooking oil from more than 4,000 restaurants and facilities throughout the region to convert into biodiesel. Rhode Island’s supply of biodiesel comes from several manufacturers.
As a fuel source, biodiesel burns as much as 90 percent cleaner than traditional petroleum products, meaning that a single replaced gallon will save 20 pounds of carbon dioxide from being emitted into the atmosphere.
Bob Morton, chairman of the board of Newpot Biodiesel, reported that reaching the 20 percent requirement would help the state achieve as much as 10 percent of its emissions reductions goals. In 2014, the general assembly passed legislation that set goals of reducing the state’s greenhouse gas emissions to 10 percent below 1990 levels by next year, 45 percent below 1990 levels by 2035 and 80 percent below 1990 levels by 2050. Morton added that using a 20 percent blend would be the equivalent of removing more than 30,000 cars from the road each year.
“Our industry really wants to be part of the solution when it comes to the state energy plan and the initiatives to reduce harmful greenhouse gases. We feel we can be a major partner with the state in helping to reduce our carbon emissions,” said Roberta J. Fagan, executive director of the Oil Heat Institute, Inc., an association of heating oil providers.