Mark Kuntz has been promoted to CEO of Mitsubishi Electric Trane HVAC US (METUS). In his new role, Kuntz will lead the development, promotion and execution of METUS’ business growth strategy and manages all METUS departments. Kuntz reports to the Board of Directors.
“Mark brings incredible leadership, management and HVAC industry expertise to this position,” said Masafumi Ando, Chairman of the METUS Board of Directors. “In his previous role as Senior VP and Deputy GM of the Mitsubishi Electric US Cooling & Heating Division, Mark was critical in the formation of the METUS joint venture and we look forward to continued success under his vision and direction.” 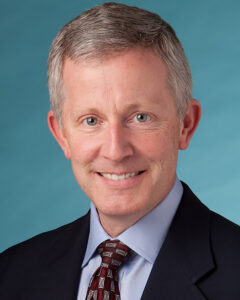 Formed in May 2018, METUS is a joint venture (JV) between Ingersoll Rand plc and Mitsubishi Electric US, Inc.
“Mark has played an instrumental leadership role in the formation and success of the METUS joint venture,” said Dave Regnery, Executive VP of Ingersoll Rand. “His strong HVAC industry knowledge paired with his vision and track record of operating performance make him the ideal CEO for the joint venture. We are excited about a future with Mark at the helm.”
Kuntz joined the Cooling & Heating Division in 2010 as Senior VP and Deputy GM and previously held positions in sales, marketing, product development, engineering and administration.
Kuntz is a professional engineer licensed in California and a LEED accredited professional. He holds a bachelor’s degree from California Polytechnic State University and a master’s degree from Southern Methodist University. Kuntz will continue to be based in Suwanee, GA.