A proposed excise tax on home heating oil and propane has been killed in committee. The tax, 1.5¢ per gallon the first year, and up to 3.5¢/gal. in the third year was originally designated as an energy efficiency fund, but the chairmen of the Commerce Committee, Senator Gary LeBeau and Representative Chris Perone, decided the timing wasn’t right, calling the legislation “more of a stick than a carrot.”
One big problem was the Connecticut Energy Efficiency Fund is supported by Connecticut’s utilities, which pass along a conservation charge in customer’s utility rates. Since the electric utilities can only spend up to $500,000 a year to provide energy efficiency services for fuel oil and propane customers, those consumers have to pay a higher co-pay which means taxing home heating oil to create an efficiency fund would be a double tax on customers who pay an electric bill and use oilheat.
Home audit professionals weren’t happy that the bill was killed, citing the possibility of job cuts due to diminished opportunity and loss of revenue. Connecticut has about 650,000 homes heated with oil and propane, reportedly close to half of all homes in the state.
———————— 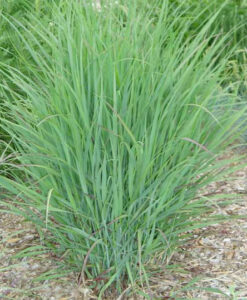 Switchgrass, one of the renewable feedstock sources of ethanol, compressed as pellets, is being touted as an economic alternative to heating oil. According to Agricultural Research Service researcher Paul Adler, switchgrass pellets could become “a cost effective and environmentally friendly renewable alternative to conventional fuel oil.”
Adler and his team assessed coal, natural gas, fuel oil and switchgrass, and compared emissions as well. They concluded switchgrass “resulted in potentially significant emissions reductions and cost savings.” Switching from natural gas to switchgrass pellets, they said, would lead to a decrease of 158 pounds of CO2 equivalent per gigajoule of heat in residences. Comparing the pellets to petroleum resulted in a reduction of 146 pounds of CO2 equivalent per gigajoule of heat.