Fight Over Plan for Natural Gas Port Off Long Island 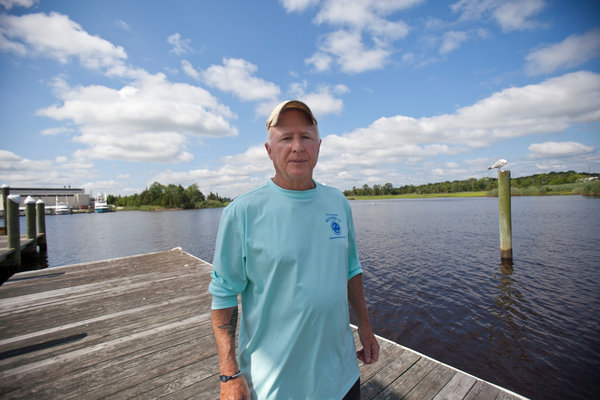 Jim Donofrio, executive director of the Recreational Fishing Alliance, urges people not to dismiss the idea of a natural gas port.
Jessica Kourkounis for The New York Times

Some fishermen call the waters some 20 miles off the coast of Jones Beach on Long Island a no man’s land. With its flat, barren bottom, the area is a passageway for sea life like bluefish, flounder and squid. It has also become a battleground over future energy sources in the region. 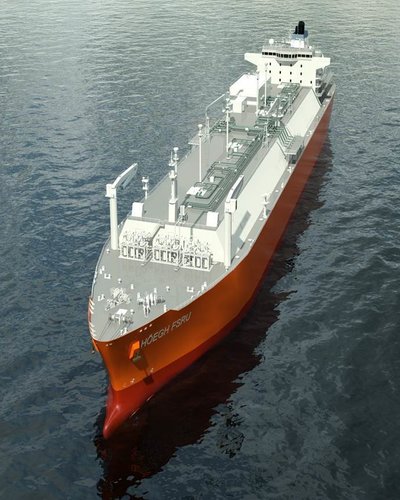 In that area, Liberty Natural Gas, an energy company, hopes to build and operate what would be the first delivery port for liquefied natural gas in New York State, and one of just a few in the country.

The company, along with its supporters, argues that the deepwater import terminal, which would be called Port Ambrose, would lower heating costs by increasing supply and competition, create hundreds of construction-related jobs and generate millions of dollars in state and federal tax revenue.
But opponents say that the port would deepen the region’s reliance on fossil fuels and stall efforts to shift toward cleaner forms of energy, like wind and solar.
Whatever the outcome, the proposal that Liberty Natural Gas filed last month with the federal Maritime Administration and the Coast Guard is winding its way through a nearly yearlong process, a timeline that includes environmental impact studies and public hearings and would require, in the end, the governor’s approval. Gov. Andrew M. Cuomo has not yet indicated which way he might lean, to the frustration of some environmental groups.
In Nassau and Suffolk Counties, 43 percent of homes and businesses are heated with natural gas, according to National Grid, an electric and gas utility that serves Long Island. Liquefied natural gas has become more viable as its price has declined.
“Eastern Long Island is still on propane,” said Jim Donofrio, a former charter boat captain and executive director of the Recreational Fishing Alliance, one of many groups in the region that are reviewing the proposal. “They could use natural gas.”
Referring to what he called “showroom environmentalists” who dismiss the Port Ambrose proposal on its face, Mr. Donofrio added, “I want to see them heat their homes on windmills.”
As detailed in Liberty Natural Gas’s proposal, Port Ambrose would consist of two submerged buoys that would stand about 30 feet off the seabed, with a radius of about 40 feet.
An arriving shuttle vessel with its cold cargo of natural gas would connect to a buoy during the winter months. Over several days, the vessel would regasify its shipment onboard, and deliver natural gas through the buoy, a new pipeline and an existing pipeline.
There would be enough capacity to heat and power more than one million homes throughout the region, said Roger Whelan, the president and chief executive of Liberty Natural Gas.
Skeptics contend that the port is just a backdoor way for Liberty Natural Gas to build an export business, which would be more profitable than importation. The port would operate near the Marcellus Shale, which lies beneath parts of New York and Pennsylvania and contains natural gas that could be tapped, should a state moratorium on the extraction process known as hydrofracking be lifted.
“I think these companies are determined to get in early,” said Bruce Ferguson, a founder of Catskill Citizens for Safe Energy. “An import facility just isn’t credible. If there’s a deepwater port off Long Island, it’s going to be irresistible to fracking.”
But Liberty Natural Gas has no intention to export natural gas, having neither the technology nor permits to do so, Mr. Whelan said.
“That is one sticking point we find frustrating — the view that we are an export project in disguise,” he said in an interview. “Absolutely in no way can this ever be an export project. We have trouble getting that message through.”
Instead, Mr. Whelan said, he sees the terminal as a “reasonable and safe” alternative to hydrofracking, one through which natural gas would be shipped into the region.
“This is proven and safe technology,” he said. “Our mission: We want to supply an area that is often starved for gas.”