EAST LONGMEADOW, MA — Investigators have determined an explosion that injured an employee at a Shaker Road truck and equipment repair business Monday afternoon was sparked by static electricity inside the tank of an oil delivery truck.
The W.B. Hill employee suffered only minor injuries even though the force of the blast blew out two metal overhead doors, Fire Chief Paul Morrissette said.
“He lucked out, it could have been disastrous,” Morrissette said, adding that approximately nine other employees in the area escaped injury.
The injured employee was treated at Baystate Medical Center in Springfield and released, Morrissette said.
Jennifer Mieth, spokeswoman for the state Fire Marshal’s office, said the blast, which was reported about 1:30 p.m., caused approximately $500,000 in damage to the tanker and the building, located at 305 Shaker Road.
Morrissette said the explosion occurred as employees tested a repair on the home heating oil delivery tanker by pumping liquid from the tanker.
“Somehow or other the hose had moved or dislodged and when it did it created a static charge,” he said.
The hatchway on top of the tank, known as a manway, was open at the time and explosion. “When it flashed it just went straight out,” Morrisette said. “The truck itself didn’t explode.”
After the explosion, the fuel in the tank continued to burn until the facility’s sprinkler system was able to cool it enough to put it out, Morrissette said.
Heavy smoke was pouring out of the building when firefighters arrived.
Firefighters from the Longmeadow Fire Department and the Shaker Pines Fire Department in Enfield provided mutual aid. Wilbraham firefighters provided station coverage.
Article courtesy: MassLive.com 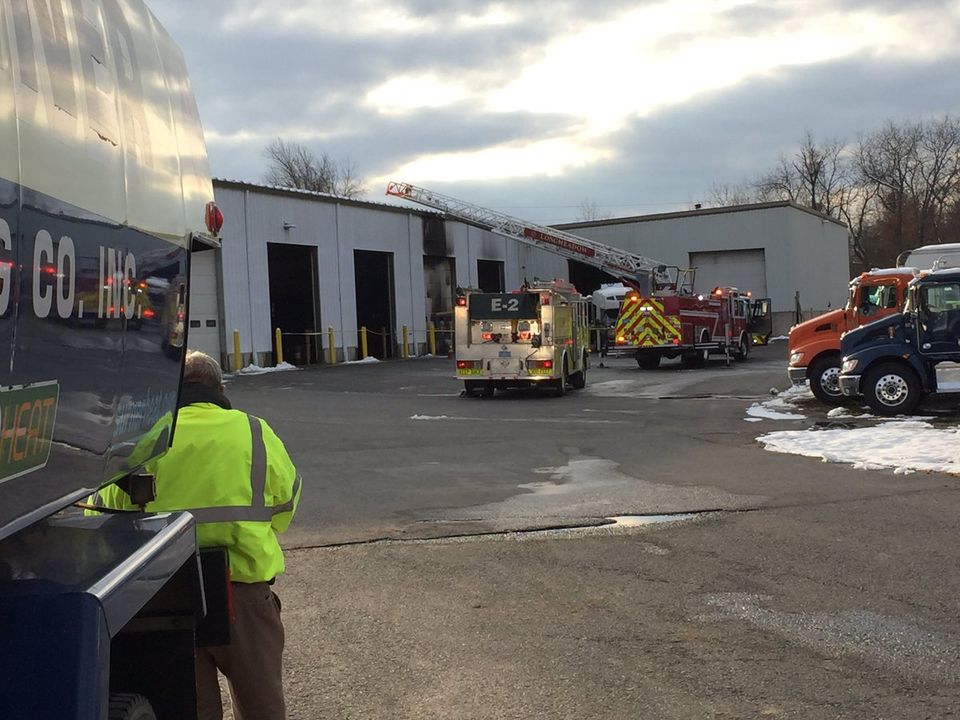