Why are we here?

Many of us have converged at this year’s Visions conference with the intention of learning about diversification, buying and selling companies, the impact of ultra-low sulfur diesel on the supply chain, social media strategies, natural gas and tactics to mitigate market share erosion, as well other ideas that can help build a stronger more sustainable business. It’s been a decade since the term Bioheat® was first spoken between two individuals hoping to help revive the oilheat story and make it more appealing for the consumer. Understanding the positive impact biodiesel was having on the diesel marketplace personally made me confident that biodiesel should be a logical next step for home heating oil renewal. The rest is history.
In my travels throughout the oilheat markets, I have had the privilege of speaking with hundreds of fuel dealers about our industry, their businesses and most importantly, their vision of the future. Although I have been privileged to meet those that have established a stake in the emergence of Bioheat, I have unfortunately been overwhelmed with a majority of those that are too easily satisfied or content with prevailing market conditions to consider or embrace this logical transition. Even after sharing with these skeptics the residential heating oil consumption numbers, which at the moment are at an all-time low (3.9 billion gallons system wide), and before the reconciliation to reflect the impact of “the winter that never was,” they still remained unsure that a change in direction is necessary. These same individuals Envisioning Innovation: What’s it going to take to see our industry truly decide to evolve? The answer is YOU! appeared fatigued and not prepared to engage in further discussions associated with addressing the widespread industry cynicism that surrounds them. In a nutshell, they weren’t frustrated to the point that they would shout “Enough!”

What’s it going to take? 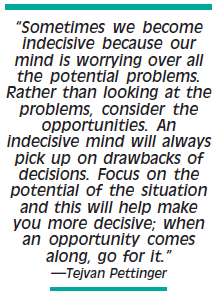 Unless you have been operating your business in a different part of the solar system and not here in the Northeast and Mid-Atlantic where the highest percentage of oilheat is consumed, you would have at one point or another been witness to the comprehensive array of materials and tools now available to help you reengineer your company to take a leadership position with Bioheat. When provided the facts, figures and marketing tools associated with promoting Bioheat, many agreed that the Bioheat and its accompanying storyline was a great concept, but then went on to exercise their personal option to stay with the status quo. Feedback received on why they were not going to advance their independent transition of their business from oilheat to Bioheat centered on a medley of issues, including price, lack of availability, potential operational issues, unclear OEM position statements relating to biodiesel use and an apparent lack of direction from suppliers and industry leaders.
One would suggest that many just don’t see the writing on the wall as it relates to the future of oil heating. Keeping in the spirit of this Visions conference, I would suggest that a large percentage of companies whom I polled suffered from an imagination deficit, or worse, an inability to visualize a definitive course of action that would position them “Sometimes we become indecisive because our mind is worrying over all the potential problems. Rather than looking at the problems, consider the opportunities. An indecisive mind will always pick up on drawbacks of decisions. Focus on the potential of the situation and this will help make you more decisive; when an opportunity comes along, go for it.” Tejvan Pettinger * This issue of Indoor Comfort Marketing will be distributed during the Visions Conference, sponsored by the New England Fuel Institute and the Petroleum Marketers Association of America. It is being held this month in Framingham, MA. 16 ICM/June 2012 in a growth trajectory, versus a preventative defense which includes waiting for the other shoe to drop.
Examples of trepidation that have enabled indecision over Bioheat are as follows:
• “I’m waiting for my supplier to tell me about it.”
• “I don’t know how much my supplier is blending.”
• “My customers aren’t asking for it.”
• “My customers can’t afford to pay more for their oil as it is.”
• “My service technicians tell me that it will hurt the oil’s flow characteristics.”*
• “It’s going to grow more bugs.”
• “I’ll move when everyone else moves.”
And the list goes on. What’s it going to take to see our industry truly decide to evolve? The answer is YOU! It’s going to be you, not state leadership, refiners, pipelines, suppliers, terminals or equipment manufacturers just you. When you decide to say “ENOUGH is ENOUGH,” that will be the first day change will begin. If you are truly interested in succeeding in this business and ensuring that there will be customers for you to sell your products to and to expand beyond your core offerings through diversification, your first step is to accept the fact that you are an independent fuel supplier. Family businesses make up this industry and can organize one dealer at a time to establish a stronger future for heating oil and must do so today. You know that change is needed when you open up an industry journal and see more advertisements offering buy/sell services than new innovative products that might otherwise help you prosper.

So what we know is the environment in which you operate remains predictably volatile and challenging to say the least. We know that our industry has downward pressure on it from aggressive attacks waged by the utilities, unpredictable weather patterns that Mother Nature controls and quality issues that can if left unanswered wreak havoc in even the strongest companies’ bottom lines. We also know that the industry has expressed interest in remaking itself. Bioheat is the front runner enabling this much needed change. Another term that can best describe Bioheat is innovation. Innovation remains the single best defense against all the challenges noted above, as well the margin-crushing competition you likely face on a daily basis. In the majority of companies I have visited and shared the Bioheat story with, the word “innovation” is only a catchword, kind of like suggesting you are functioning “outside the box.” Pretty hip, wouldn’t you say? But innovation is much more than a catchword. It’s necessary for survival.
I write about indecisiveness and the negative impact associated with it. I suggest that it’s not the same oilheat business in which we invested a lifetime supporting our families and I go on to encourage you to take independent action today. In the future, you will reflect on how, when the business climate was grim, you were able to establish and execute the changes required to live to tell about it. The National Biodiesel Board and its stakeholders’ generosity have enabled us to create a new product available to you today Bioheat.
The hard part was the innovation. Add your commitment and passion to the innovation now available, and together we can return oilheat to its rightful place as the product most desired by homeowners everywhere. Everything you need to succeed starts at www.bioheatonline.com. For additional information, consider contacting Paul Nazzaro at [email protected] or 978-258-8360. See you on the other side.