Down on the Farm

Speaking to a room full of oilheat dealers at a New England Bioheat® Symposium in March, I asked for a show of hands. How many dealers had ever been on a soybean farm or seen a soybean plant? Out of 150 people, only a few hands went up. 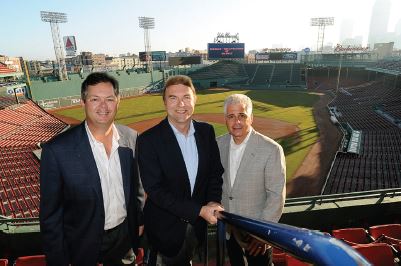 Given the distance between our industries, you may wonder why a Nebraska soybean farmer like me would be willing to invest more than a million dollars of soybean checkoff money in helping Bioheat succeed in the Northeast.
As I told the dealers in the room during the March 22 event in Boston, the Nebraska Soybean Board is very proud to wave the Bioheat flag because we recognize the tremendous potential it holds for both our industries. We’re passionate about Bioheat because we have a proud history of backing innovative ideas that lead to success. In fact, soybean farmers established the biodiesel industry itself in the U.S. 20 years ago, the fuel that today is blended with transportation diesel, or with oilheat to create Bioheat.
Aside from these benefits to farmers, we have a higher purpose for supporting Bioheat. We want to grow the Bioheat business into a market that lessens our dependence on foreign oil, creates jobs here at home, and keeps the domestic energy supply safe and secure. We’re not going to replace diesel fuel completely in the U.S., but we can make a big difference.
After getting to know state and national oilheat trade association leaders, and meeting many oilheat dealers in person, we value our partnership with the oilheat industry even more.
It turns out oilheat dealers and farmers share many similarities. First and foremost, we are family businesses, and small businesses. I’m a fifth generation farmer. My farm has been in same family for 139 years. Also, we are a commodity. We’re sensitive to weather and sympathize with your struggles with unpredictable weather. Like you, farmers are also impacted greatly by market uncertainties. We are very connected to our customers and provide essential services that people depend on, and we take that charge very seriously, as do you.
Finally, we each have deep roots in America, and we want to carry our way of life forward. We’ve discovered that the relationship between soybean farmers and oilheat dealers is truly mutually beneficial. Our investment with you has paid dividends in this first year. I’ve seen it firsthand.
Bioheat is a tremendous market for biodiesel. Just five percent biodiesel in the oilheat market equates to 350,000 gallons of biodiesel a year. To put that into perspective, last year the biodiesel industry produced 1.1 billion gallons of biodiesel. And we know Bioheat’s biodiesel volume potential will grow as the blend level grows. 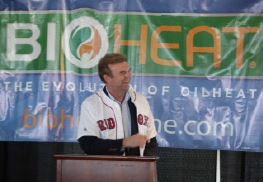 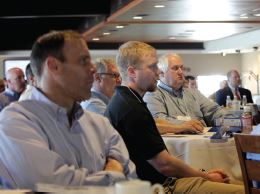 Oilheat dealers listen to how Bioheat can make their businesses more profitable and sustainable.

Farmers have the means, the technologies, the efficiencies and the production capacity to provide food, fiber and fuel for our country. The American farm is constantly evolving and advancing. We have unbelievable technological advances in modern agriculture today that would blow your mind. A farmer can take care of hundreds of acres by himself that 50 years ago would have taken many hand laborers to tend. Every year, we’re able to produce more and more crops on less land, and with fewer inputs like fertilizer.
Your industry also gives biodiesel an important market avenue in cold weather. Sometimes in winter months, fleets will scale back a little bit, from B20 to B5. Not because biodiesel can’t be used in vehicles in cold temperatures, but because some people carry that misconception and would rather not take a chance, so they drop their blend level down. 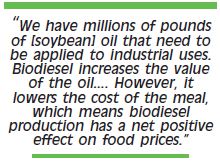 Soybean farmers recognize that the oilheat industry is under attack, and we’re willing to stand shoulder-toshoulder. I can pledge our support, not just from Nebraska but from soybean farmers nationwide. They see Bioheat as the next big frontier we need to support to see it come to commercial success.
Like you, we’re not just thinking of our own generation. We’re talking about future generations that follow us, and paying forward all of the benefits that Bioheat can bring to America. Keep up the good work and carry on! We’re behind you.