Carrier inducted two people posthumously into its Dealer Hall of Fame: L.D. Lawson of L.D. Lawson Air Conditioning & Plumbing, Inc., Gainesville, GA, and Jerry Webb of Webb Air Conditioning Company, Inc., Fort Worth, TX. The awards recognize persons with at least 20-years of experience as Carrier dealers, as well as outstanding work in the heating, ventilating and air-conditioning (HVAC) industry and in their communities.
L.D. Lawson began his business in 1946 after serving in WWII. In 1948, it became a Carrier dealer. Today, the company is recognized as Georgia’s oldest single-line dealer and the third generation of the family works for the business. Lawson earned his first Carrier Weathermaker Hall of Fame award in 1958. Over the years, Lawson Air Conditioning & Plumbing, Inc. has earned a few Distinguished Dealer and President’s awards from Carrier. It has also earned many awards and recognition for its community involvement including the 2005 Greater Hall Chamber of Commerce Family Business of the Year.
Jerry Webb was named manager of his father’s company, Webb Air Conditioning Company, Inc., in 1960. In 1975, he became president and majority owner, and watched over and grew Webb Air Conditioning until his death in February 2018. Webb Air has been a loyal Carrier Dealer for 68 years and became a Carrier Factory Authorized Dealer in 2005.
In addition to the Hall of Fame inductions, Carrier also recognized 261 active dealers with its President’s Award. The awards were announced at the 2018 Carrier Factory Authorized Dealer National Meeting in Orlando, Florida in March.
Pictured (l-r): L.D. Lawson and Jerry Webb. 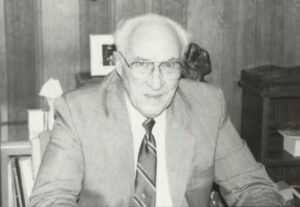 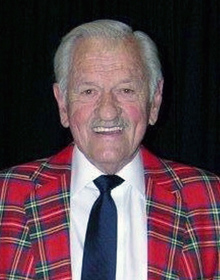